Dji Phantom 2 - Quad-copter with Dji Zenmuse H3-3D Gimbal for stabilization of the camera to avoid camera jerks during flight. And including with Gopro Hero 3 Black-Edition camera. Suitable for wedding and short film and any other video coverage function.

we provide you DJI Phantom Drone for Arial photography and cinematography. we have latest 1km. range version with 4kGoPro Hero 3 camera and Steady Gimbles. the new phantom gimbles is very steady we provide it professional operator who can operate it properly.
Daily Rent  dji phantom without camera and operator - Rs.4,000/-
The price may very as per distance or return fare may apply.
for more details feel free to call us
Contact: 09847130192
Ms

Naza mode on the Phantom 2 Vision

Next, select basic mode and as you flick S1 you will see the options change in the control mode switch. In the down position you will see you have selectable choices.

Make sure you have selected Failsafe; which triggers the Return To Home mode. Another option is Manual, which removes all the limits of the flight system and allows advanced pilots to perform rolls and other aerobatics, and pilots like me to convert my Phantom to a pile of plastic in a couple of seconds. You probably don’t want to try Manual mode.
Turn off the Assistant software and turn off and disconnect the Phantom. You are now all set to use NAZA mode. Just remember to check your switch positions before turning on your Phantom.
UPDATE:
In response to some of the comments to this post; here are some clarifications/additional info:
1. “Failsafe” and “Return To Home (RTH)” are the same feature. I have used both terms because both seem to be in common use; but they mean the same thing; when enabled your Phantom will return and land a the home point; provided it has been set.
2. You can change the home point by moving the S2 switch to the lower position and back, five times. Your lights will flash green to confirm. This works in NAZA or ordinary mode. There is a good post on this subject here.
3. The light sequences are different for the two modes: 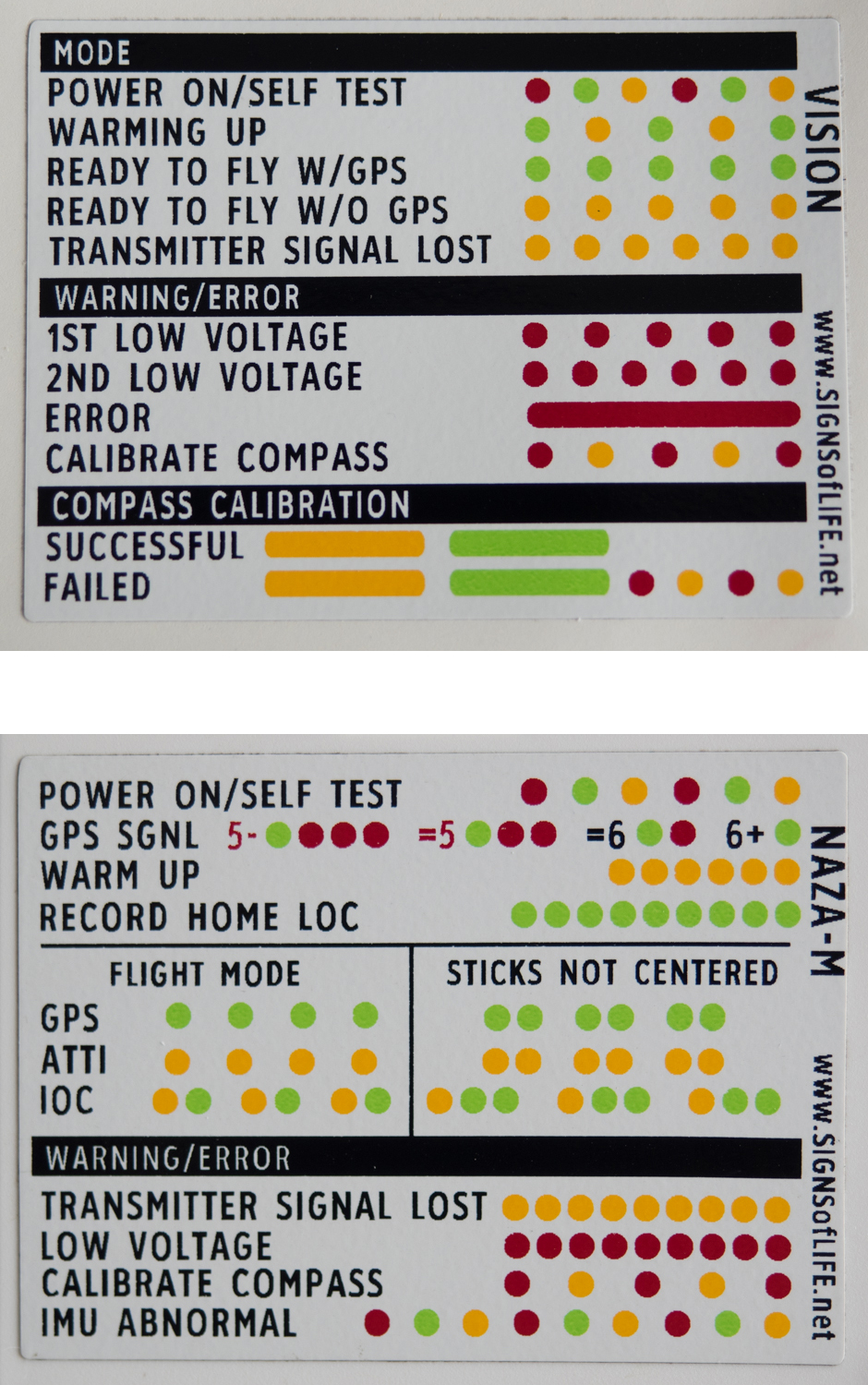 Note: The above are part of a very useful sticker set which you can obtain here.
March 30th, 2014|135 Comments

Thank u very much. Now i am comfortable to go buy one. It is amazing how many people are unaware of that and many reputable youtube videos also did not cover that and believed that it could not be done